From Radio to Television, from Stage to Screen, Devin's work is to educate, entertain and inform others;

Devin is an American voice with a wide-ranging ability; whether appearing in Sitcoms, Dramas and Kids' Shows or moderating Conferences on Genocide, from hosting Fashion Shows and fundraisers to Singing, Producing, Editing and Writing... There is no limit to the scope of his vocation.
​
He's worked with the biggest names and performed on the biggest television and film stages as an actor, top tier stand-in, dancer, athlete, animal wrangler and model. Along the way he also produced and directed radio and television commercials, worked on video games, foreign films and series, industrial and new media projects, reality shows, web-series and competitive short films.

Often overlooked are Devin's many years on the radio, hosting the popular morning show "Hennessy in the Morning" and others across multiple stations, Devin produced thousands of hours of broadcast entertainment, including National and regional commercials and VO work for network affiliates and major ad agencies.
Over the last two decades, he's taught thousands of actors in formal acting classes, workshops and in private sessions. Past clients have gone on to star on major network and cable shows, while others have found success in film, print work and new media. Devin's experience in entertainment and marketing media has made him one of the most trusted independent entertainment and media consultants in Southern California.

Devin is currently writing, and directing voice over and ADR in Los Angeles. He is available on a limited basis for consultation, coaching and appearances. 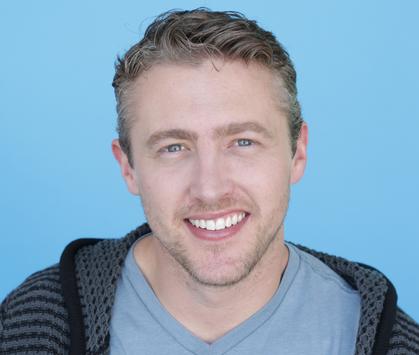